-THANKS! -- thanks to whoever reads this for listening.... if you catch it in time. (* I have no doubt this post will be deleted as soon as the operator of this page is alerted about it.
Muy Ramones la intrahistoria esta 😉
Citar
Topic starter Respondido : 06/07/2022 3:21 pm 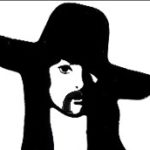 comentario de un fan a un libro sobre la banda: "I knew Johnny personally . He was good guy to know and treated me very kindly. Put me on his guest lists when the Ramones came to Connecticut and met with me backstage before each show. The claims of his dislike of black people may be true but that claim is lost on my black a** . I will treasure my time spent with him . The book was an interesting read".

This website uses cookies to improve your experience while you navigate through the website. Out of these, the cookies that are categorized as necessary are stored on your browser as they are essential for the working of basic functionalities of the website. We also use third-party cookies that help us analyze and understand how you use this website. These cookies will be stored in your browser only with your consent. You also have the option to opt-out of these cookies. But opting out of some of these cookies may affect your browsing experience.
Necessary Siempre activado
Necessary cookies are absolutely essential for the website to function properly. This category only includes cookies that ensures basic functionalities and security features of the website. These cookies do not store any personal information.
Non-necessary
Any cookies that may not be particularly necessary for the website to function and is used specifically to collect user personal data via analytics, ads, other embedded contents are termed as non-necessary cookies. It is mandatory to procure user consent prior to running these cookies on your website.
GUARDAR Y ACEPTAR